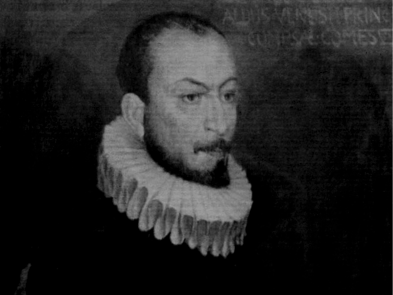 The point of departure of the work is the duality of outer and inner existence, here interpreted through the life, music and destiny of Renaissance composer Gesualdo da Venoza. Alias is however not an attempt to illustrate the shifting identities of Gesualdo, but is rather, in a wider sense, inspired by thoughts on the relationship between the artist and the work of art. Alias is comprised of two movements the first of which is based upon the text ”Restore, restore my heart again, which love by thy sweet looks hath slain.” from a love song by John Dowland ( contemporary to Gesualdo ). The phrase is processed and developed in a movement with a clearly musicianly attitude. The second movement is an attempt to sketch a slightly surrealistic picture of what could possibly have been happening within the mind of the ageing composer and wife-murderer Gesualdo.This done using quotations from some of Gesualdos late motets, as well as blending in the Dowland love song, now in its original form. The atmosphere of strange, transforming musical identities is created through use of advanced digital signal processing in various form. The female voice part is sung by Astrid P. Hartmann.

Alias was commissioned by the Swedish Royal Academy of Music, and was premiered at ”Stockholm New Music” 1990. Alias received a first prize in the Bourges festival 1991.

“...the music of Parmerud is as clear as glass, no matter if one speaks about pure electronic music or a combination of “normal” instruments and electronics...his work Alias is probably the most beautiful piece of electro acoustic music ever composed....”