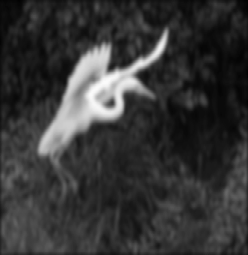 I promised myself at some point of time, never to make a piece based on bird sounds. Maybe one of the most over exploited sound material in electro acoustic music. I have also promised myself never to write a guitar piece, never ever a piece for harpsichord and a couple of other no-no projects. I have broken all of those solemn promises for one reason or another. So now I have broken the "no birds piece" promise as well.

It happened because I met an Australian visual artist in Colombia who introduced me to recordings of bird sounds from his country. It was quite amazing. Some of these birds sounded completely electric or maybe like an animal from another planet. I simply could not resist! In the first half of the piece, almost all sounds are unaltered believe it or not. It´s only towards the second half of the piece that I start to push the original sounds more into the processing universe. Even the bass sounds in the beginning are natural sounds from an apparently quite small bird. How that is acoustically possible is a mystery. Nature is indeed awesome.