This disc, which I was lucky enough to buy from Ake himself, is nothing short of amazing. It is not "just" a sonic trip around the world, it´s also a sonic trip through the history of humanity. It begins as does the bible

It gives me shivers and I hear something new and clever every time my ipod finds this track.

It´s a movie for your ears...an adventure through the sound. When you have listened to this album, I don´t think you will have the same opinion about music...

"...the piece attacks with such shocking effect that if someone had asked my name, I would not have been able to remember it..." 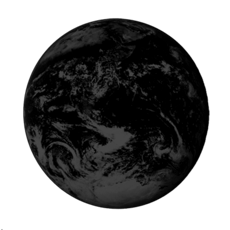 In this piece I am not acting like a traditional composer in the sense of one who invents new melodies, harmonies or rhythms. Instead I am creating relations between recorded sounds in such a way that a sense of meaning and musical logic may be projected in the mind of the listener. Thus the listener is forced to "travel" through large portions of the piece, making his or her way through the sometimes very dense weave of voices. Since the piece contains songs and words not only from different cultures but also from different regions within each culture (like street market voices combined with songs from a wedding party) there will at times be portions of the piece witch may seem meaningful to one listener but not to another. Or rather, the level of meaning will change depending on who is listening and when. From a lingual point of view the piece is clearly biased towards English. I felt this to be necessary in order to maintain the dramaturgical continuity of the composition.

The piece is composed as a continuous flow where movement-like "islands" of thematic ideas and voices are formed. The opening of the piece uses the biblical words of genesis where "darkness" and "light" has been substituted for "silence" and "sound" rendering the first chaotic section its symbolic character. In this section the piece literally explodes throwing hundreds of voices and characters towards the listener.

The second part of the piece has the theme of memories of childhood in the form of lullabies and children songs from different countries combined with answers to the two questions "what is the voice?" and "what is music?".

The next "island" carries the theme of prayers through the combination of the provocative poetry of Allen Ginsburg, the evening prayer of an old Hindu woman, a Balinese and a Fijian priest and finally a New Dehli citizens right demonstration. In a rather short section a new theme of time and memories is projected through the poetry and voices of dead poets like Ernest Hemingway, James Joyce, Herman Hesse, Philip K. Dick and Dylan Thomas is combined.

This section leads to a long movement in witch the theme of musical drama is explored. The western classical opera meets modern improvised caricatures of itself, Balinese shadow plays and the classical Tibetan style of opera singing. The last section of the piece is born as a slow transformation from the dramatic to the ritual music. Rain songs and aboriginal chanting, Fijian war songs and the aggressive preaching of reverend Billy Graham meets fragments of North American popular culture in the form of cut-up commercials and rock clichés ending in a chaotic sound reminiscent of the beginning. The apocalyptic finale of the piece where God (seemingly tired of all the shouting and noise) with a mighty roar proclaims silence, may of course be understood in its most obvious biblical sense as the dooming of the world. I prefer however to think of silence not as the opposite of life and light, but rather as the symbol of - peace.