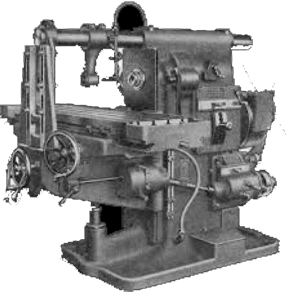 is an acousmatic composition dedicated to the world of sounds emanating from mechanical machines and tools. Living in a modern western society today means that you are more or less constantly exposed to sounds that are not natural but a result of human inventions. It seems that for every little thing meant to make our lives more comfortable there is yet another noise added to the acoustic environment in witch we live. In a sense, composing "La Vie Mécanique" was for me a way of exorcising the madness of sound-pollution surrounding me in everyday life.

"La Vie Mécanique" is also a sonic comment on the idea of living matter as an "organic machine". The body  (so far unsuccessfully) viewed as a structure that may be deconstructed into increasingly smaller units and finally explained as a very sophisticated robot. Using only sounds from various kinds of machinery (mechanical, electric etc) the piece is built as a kind of story line describing the birth, death and rebirth of a mechanical life structure. The piece also in a sense alludes to the birth and death of aesthetic values connected to the use of machines as tools for making music. Starting off in a style of electroacoustics, building through the increasing use of repetition and rhythm ending in a style reminiscent of electronica or techno this piece marks a kind of "rite of passage" at least for me personally as a composer raised in the modernistic tradition.

The piece was commissioned by IMEB, Bourges and composed in the studio Charybde at GMEB. The original format is 5.0 surround.