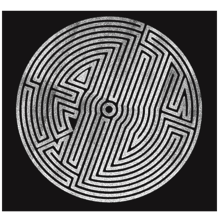 Maze was supposed to be a large multimedia work with music, dance, light and projections in an old quarry. Even though I spent a lot of money (thankfully not my own) the show never became realized. It was a long time ago and I have forgotten the reasons... However I made the music for the 40 minutes show. Probably one of my most ambitious musical projects. The recording I recently found among my old analog tapes in my basement was as many others from this period of time, encoded with a DBX noise reduction system. I used to own one of those gadgets but it was stolen. So I have tried to build a fake DBX decoder in software. It works so so... Its a very long piece (40 minutes) and the sound is not always so good so I only picked five shorter excerpts for listening. It´s not decoded (yet) so the compression is quite disturbing someties as is the filtering.