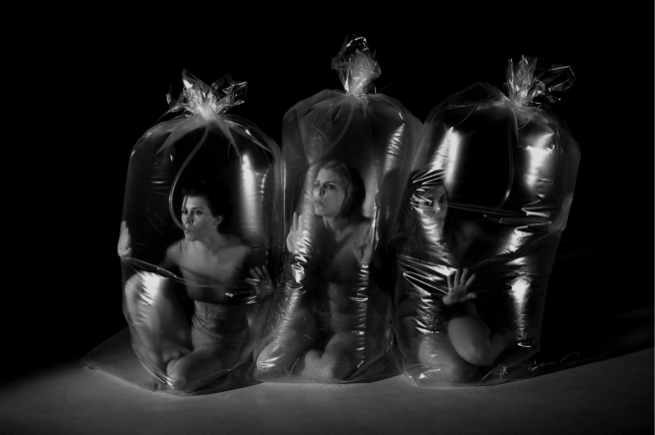 is a dance-media performance composed together with choreographer Mireille Leblanc.

The Seventh Sense deals with the human ability to adopt to her own technology, and ultimately, creating a dependency of it. The show takes place in the space between reality and what is perceived as reality, and is built around a series of dream projections of time, memories and existence. On stage, surrealistic images are woven by dance, music and video projections, creating a hoovering border between what could be interpreted as a dance show or a film. An underlying story of a possible future in which a person wins the big state life lottery, and with the aid of the latest technology, gets her personality transferred to a new body prepared to remain functional for 500 years. The story line drives the show forward but never really appears on the surface. Just as the thematic of the show is about technology, the show uses advanced technology such as live processed video and so called motion tracking, enabling the dancers to affect sound and images directly on stage.

The Seventh Sense received the ZKM Walter Fink Preis in 2011.