Since The Seventh Sense received the ZKM Walter Fink Preis in 2011, Mireille Leblanc and I was commissioned to make a new piece for ZKM. This was done during a recidensy in the Media Theatre at ZKM in october 2012. This residency resulted in Shadowplace where we developed new dance/media ideas. Shadowplace was premiered the 24th of November in Media Theatre during the annual cermonies surrouning the Gigahertz and Walter Fink prizes.

Shadowplace is also a prestudy for a longer piece called Metamorphos which was premiered at Atalante (Gothenburg) in May 2013. 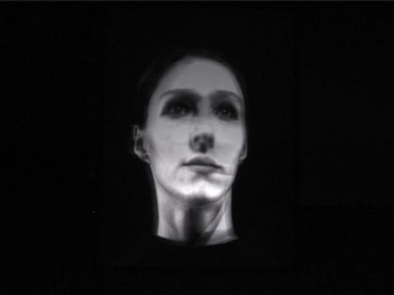