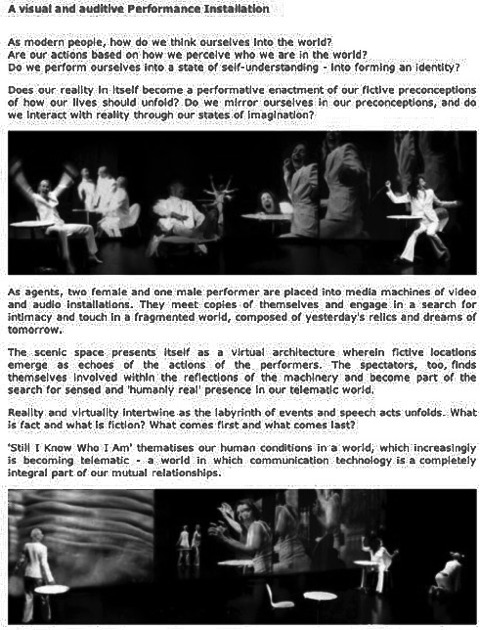 Still I know who I am

This was a collaboration between the Danish artist duo Kjell-Yngve Petersen and Karin Søndergaard (aka Boxiganga Theater) and myself. I made the sound/music for the show along with the rather complex real time video processing of the actors.

I developed the software that was controlling five networked computers in order to create a continuous shifting of space and time during the performance.

I have also worked before with Kjell-Yngve and Karin in a series of interactive installations where augmented reality is a central concept.

Other works and collaborations with Kjell-Yngve Petersen & Karin Søndergaard: