In 1996 I was invited to go with a scientific expedition to the arctic ocean for a duration of three weeks. The idea was for me to collect sounds, images and impressions that would lead to a multi media composition. It ended up as a stage composition including choreography by Björn Elisson, videos, big format slide shows and parts of the Swedish Radio Choir on stage. The piece is centred around the sensation of this vast frozen landscape, the eternity of ice and snow, the solitude and feeling of being very very small as well as the imagination of  the shamanistic view on nature as being a carrier of magic beings and spiritual powers.

The piece was premiered at The House of Dance (Dansens Hus) in Stockholm in 1998. The following year it was put up again at Theater Roma in Warzaw, Poland. 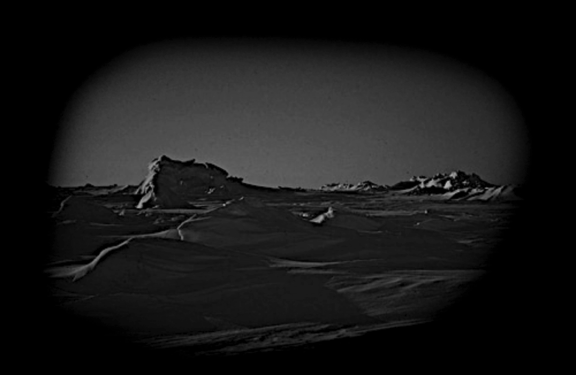